When a dream is deferred by injury.

Athletes work to come back from injury with the help of surgery and rehab. 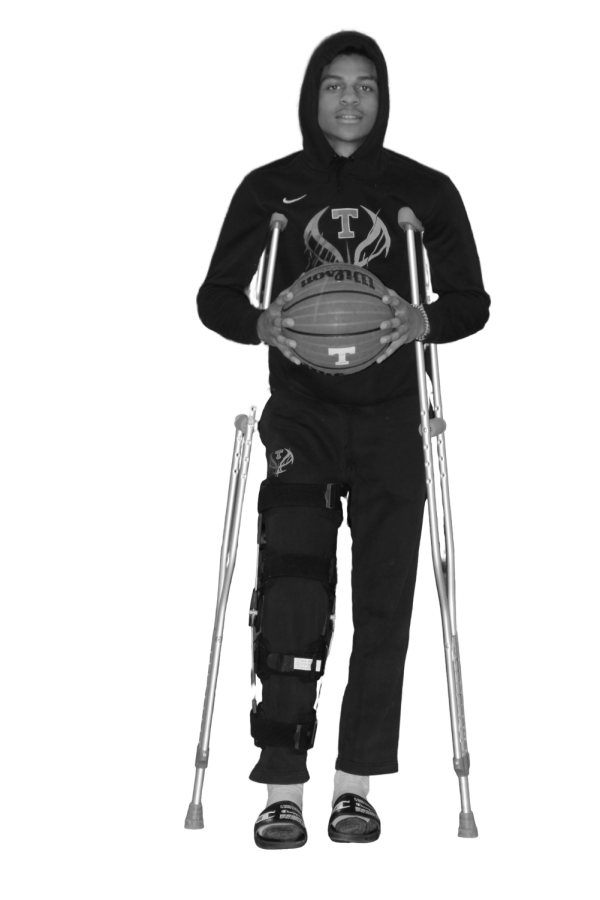 Golden Wave Basketball starter Mason Gary’s senior year took a tragic turn when he injured his ACL and his meniscus in Pontotoc’s annual tournament Tangle on a Trail, Saturday, Jan. 4.

“It was a big pop. You know something is wrong if you hear a pop,” Gary said.

A shooting guard for the basketball team since his freshman year, Gary was in a defensive stance blocking his opponent during the first quarter of the game when the injury occurred.

Through rehabilitation with the Specialty Orthopedic Group, Gary has made extreme progress for such a catastrophic injury. Dr. Richard Rainey performed surgery the Monday following his injury. The recovery process has put Gary on crutches for approximately six weeks. Gary feels like therapy is giving him an understanding of how to safely move his knee again.

“I would say is that therapy is the key to returning back to the court,” coach Jeff Noorwood said. “You got to go to therapy. What gives you the confidence to get back out there is going through a good therapy process and doing it all the way to the end.”

Injuries occur in every sport, no matter how careful athletes are. There are many practices to prevent injuries like this from happening.

“Stretching, probably is the biggest key,” Noorwood said. “Unfortunately in this age group stretching does not have a premium. Kids don’t like to stretch. But if you do stretch, it can increase athletic ability. It also lessens the chances of getting injured.”

Another high school athlete who experienced the same injury (ACL) as Gary is senior Lady Wave basketball player Markia McMillian. McMillian’s pathway back to the court took “consistency and dedication, and actually wanting to return back to her passion.”

McMillian said her biggest struggle after her return was being scared to actually play and get hurt again. However McMillian says the only time she feels pain after the injury is when she is not properly stretched.

After an injury, teams have to adjust. In Gary’s case, Norwood said there are multiple players who can hold the position. He just happens to be the most experienced on the team at this time.

“Mason’s probably the one guy on the team that knows that athletically there won’t be somebody on the other team that’s more athletic than him, so he has some confidence that some other guys don’t necessarily have,” Noorwood said. “Losing a person like that sometimes, somebody else will emerge as that person, but it’s hard to replace a guy like Mason.”

The injury has made an opportunity for Gary to see basketball differently than before.

“The big thing now is just to watch as much as he can, and learn as much as you can,” Norwood said.

Not only does Gary see the court different, but he has new view of life as well.

“I used to just think basketball, but God wasn’t number one. Now God is my number one, and everything else just comes into place,” Gary said.

He thought his basketball career was all over until he encouraged himself to stay strong mentally. Gary believes he will be back on the court in no time.

Even with strong rehabilitation Gary is not expected to play in the Wave Cave again but plans to still pursue his passion for basketball in the future after high school. It will take hard work physically and mentally to get back to where he was.

“You got to, not necessarily overdo [during physical therapy], but try to do just a little bit extra [to progress], ” Norwood said.