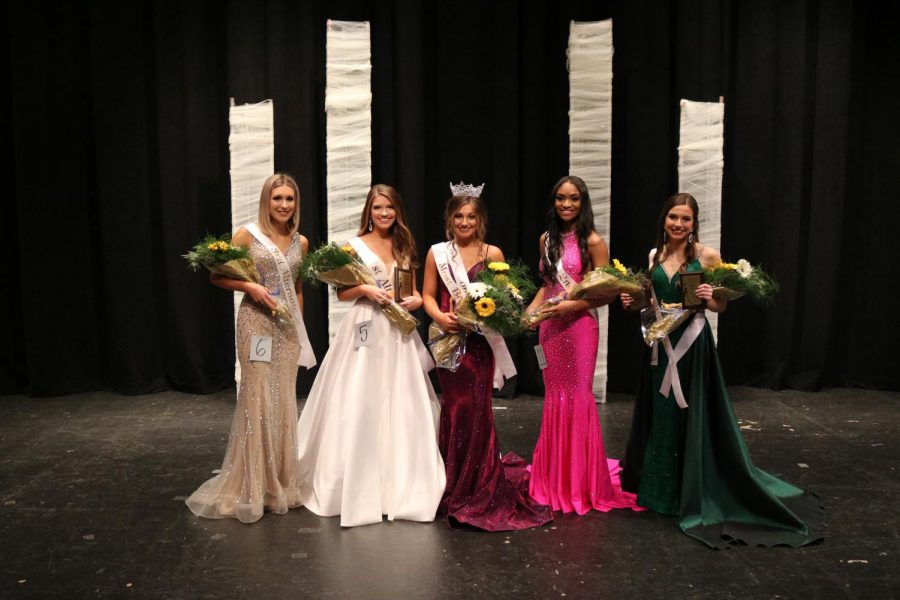 ALL PHOTOS ON THIS PAGE COURTESY OF LAURA BETH WILLIAMS PHOTOGRAPHY

“I was nervous because everybody that was in the pageant I’m pretty good friends with, and they all looked really good. But I just found my own inner confidence, so I wasn’t that nervous,” sophomore Fulton said.

The pageant took place in the Performing Arts Center on the Tupelo High school campus.

“The contestants are judged on their poise, their confidence on stage, their appearance, how they hold themselves and how they represent themselves. Do they look confident? Are they comfortable with being the center of attention in the room? And that’s just really our goal to build the confidence of the contestants,” Cheer Coach Brandee Wheeler said.

Matthews won fourth alternate, most photogenic, and most academic.

The first alternative was freshman Addie Harper. Harper also won the award for having the most grammatically correct application.

The pageant is a fund-raiser for the Golden Wave Cheer team to pay for their trip to the Cheer National Competition held in Orlando, Florida.