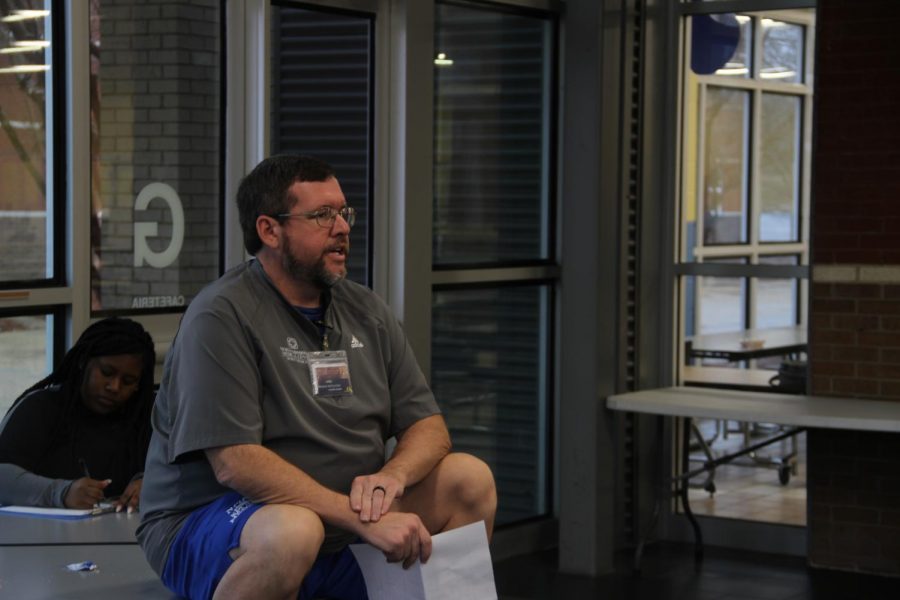 What Happened: On February 4, Joel Kennedy came to Tupelo High School. Kennedy came to speak to all the drug education classes about different types of drugs, why people get drugged tested, and who gets drugged tested. He informed all the students that if they compete in any competitions that they have the chance to be randomly selected by a computer to be drug tested. TPSD bus drivers also have to get drug tested to protect our students.

Key Player: Kennedy is a Mississippi State University graduate. He interned for the Phoenix Cardinals and the Philadelphia Phillies. He drug tests students in Texas, Florida, Louisiana, Mississippi, and Arizona. He has been a certified athletic trainer for 25 years. He advised to students what drugs they couldn’t take before athletic competitions at Louisiana State University.

They Said It: “I think Joel did a great job relating his past experiences and stories to real life examples that our students can understand” – Coach Keith

Key Moment: Kennedy told the story of Len Bias who was drafted into the NBA in 1986 by the Boston Celtics and found dead two days later from an overdose of cocaine in his dorm after his first experience with drugs at The University of Maryland. Kennedy explained to students that even on their first try they could do irreversible damages to themselves.